Skip to content
You are here
This story, by the News Agency of Nigeria, is indeed good news! In spite of this however, more should be done to nab fake drug manufacturers and sellers in Nigeria.

The late Dora Akunyili, when she was the Director General of the National Agency for Food Administration and Control (NAFDAC), did quite a lot to put an end to the menace of fake drugs. The impact of her efforts is still rubbing off on the health sector and regulatory authorities. 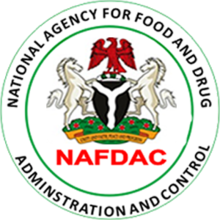 The National Agency for Food and Drug Administration and Control (NAFDAC) has denied reports that 70 per cent of drugs in the country are fake and described such information as false and misleading.
NAFDAC spokesperson Abubakar Jimoh while reacting on the report on Sunday in Abuja said the statement from the acclaimed expert was displeasing and false.
Jimoh said that the report was just a mare statement without referring it to a particular study or research work.
One Mr Andrew Nevin, an Economist and Financial Services Advisory Leader of Project Blue PWc Nigeria in a key note address at a conference by Pharmaceutical Society of Nigeria in Umuahia recently said 70 per cent of drugs in Nigeria are fake.
Nevin also stated that Africa records 100,000 deaths arising from counterfeit drugs related ailments annually.
Jimoh explained that the fight against counterfeit drugs had been heightened from 2001 to date and had led to a drastic reduction in fake drugs in the market.
He said that in 2001, when this kind of report appeared in public, the agency conduct a systematic study and in 2005, NAFDAC in collaboration with World Health Organisation (WHO) did another research.
He disclosed that the study done with WHO showed that the prevalence of counterfeit drugs in circulation was 16.7 per cent for all categories of drugs.
According to him, the agency puts a lot of efforts to fight counterfeiters by introducing TruScan machine in 2010 to detect fake drugs in the market.
The Spokesperson noted that another research conducted in 2012 indicated that the prevalence of counterfeit medicines in circulation in the country had gone down to 6.4 per cent.
He said that the same year, a separate research by the agency on anti malaria drugs which Nigerians consume more showed counterfeited ones have dropped to 19.6 per cent.
He stated that the 2011 WHO’s study revealed that there was 20 per cent fake drugs in Africa which the result was almost the same with that of NAFDAC conducted in 2012.
Jimoh added that in 2014 the result of a study by NAFDAC in conjunction with United State of Pharmacopia (USP) showed that the country only had 3.6 per cent of fake anti malaria drugs in the market.
He said that the result of a research work on fake drugs between his agency and USP conducted in 2017 were being awaited.
“The counterfeiters in the country engage more in anti malaria drugs because they know the patronage is high and with awareness created and introduction of various devices by NAFDAC, we have been able to reduce such counterfeit malaria drugs drastically.
“Getting such unresearched work from acclaimed expert undermines our efforts, it is unfortunate and very painful,” he said.
He said that NAFDAC remained committed and determined to fight counterfeit drugs in the country. (NAN)
Please follow and like us: