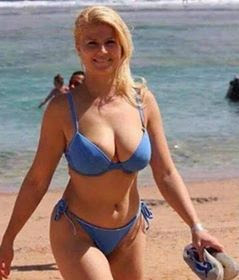 The president of Croatia, Kolinda Grabar-Kitarović, is thriving to keep up, improve and explore the tourism potentials of her country. She is sure leading my example by enjoying the beauty of nation’s beach.This picture of her great look and figure, on a Croatian beach has been described as great advert for Croatia tourism. 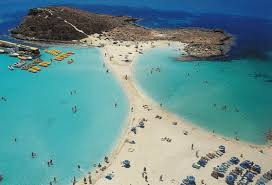 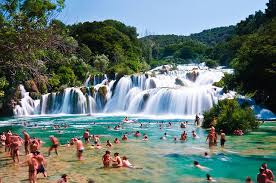 Tourism is a major industry in Croatia. In 2012, Croatia had 11.8 million tourist visitors and in 2013 over 14 million tourists and 73.25 million nights. Croatia aims to double these numbers by 2020 with national strategy to bring in 17.5 million foreign tourist and revenue from tourism exceeding $17 billion.

Tourism is traditionally a notable source of income, particularly during the summer months, but also more recently during the winter months as well, due to an increase in popularity of snow sports such as skiing. With over 14 million tourists annually, tourism generates revenue in excess of €8 billion. Croatia is ranked among the top 20 most popular tourist destinations in the world, and was voted world’s top tourism destination in 2005 by Lonely Planet. 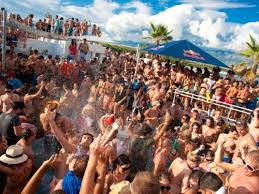 Kolinda Grabar-Kitarović (pronounced [kȏlǐndǎ gr̩abâr̩ kitǎːr̩oʋit͡ɕ]; born 29 April 1968) is a Croatian politician serving as the 4th President of Croatia since 19 February 2015. She is the first woman to be elected as the Croatian President after the first multi-party election, in 1990, as well as the youngest, aged 46. 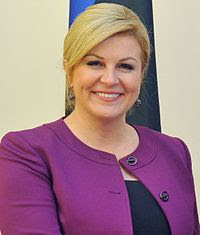 Before her election as President, Grabar Kitarović served as Croatia’s second female Minister of European Affairs (after Ljerka Mintas-Hodak) from 2003 to 2005 and first female Minister of Foreign Affairs and European Integration from 2005 to 2008 in both the 1st and 2nd cabinet of Ivo Sanader, as well as the Croatian ambassador to the United States from 2008 to 2011 and Assistant Secretary General for Public Diplomacy at NATO under Secretaries-General Anders Fogh Rasmussen and Jens Stoltenberg from 2011-2014. As such she still remains the highest-ever ranking female official to have served within NATO’s governing structure.
Grabar-Kitarović was a member of the conservative Croatian Democratic Union party from 1993 to 2015 and one of three Croatian members of the Trilateral Commission,[7] but she had to resign both positions in 2015 as Croatian Presidents are not permitted to concurrently hold other political positions or party membership while in office.
In 2016, Forbes magazine listed Grabar-Kitarović the world’s 46th most powerful woman.
Please follow and like us: