I’ve never seen a polar bear before and seriously do not know much about them.I do know however that they are under the endangered specie list.

Its so sad for me to read about the death of the only polar bear to be born in the tropics. The polar bear, who has out lived the average wild polar bear by more than a decade, was born at the zoo in Singapore. The rare creature lived to the age of 27. 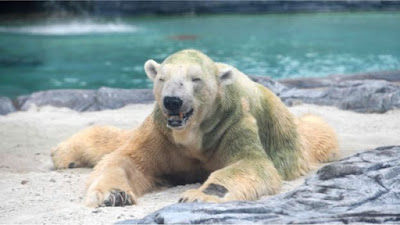 Inuka as it was called, was put down at Singapore Zoo after suffering a series of age-related ailments.Recent physical examinations also revealed that he had been suffering from a series of ailments such as arthritis, ear infection and dental issues. Old age syndrome also had its tell tale signs on the polar bear, for instance, weakening limbs hindered the aging bear’s ability to walk. 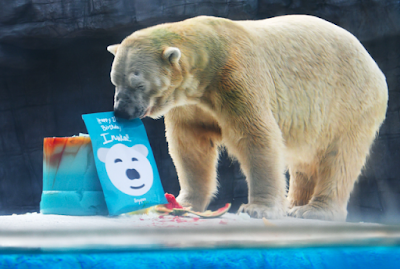 In a statement the Singapore Zoo said “We have jointly made the difficult but necessary decision to not revive Inuka from anaesthesia on humane grounds,”
“As much as we would like to keep Inuka with us for as long as possible, our ultimate responsibility is his welfare,” said Cheng Wen-haur, Wildlife Reserves Singapore’s deputy chief executive officer and chief life sciences officer.
“Our decision to let Inuka go was made with the knowledge that his health issues have seriously impacted his welfare. Beyond the point where we can ensure a good quality of life for Inuka, the greater kindness would be to relieve him from prolonged suffering.”
Singapore sits one degree above the equator and daytime temperatures rarely dip below 25C, making it an odd location for a polar bear. But Inuka, was Singapore Zoo’s fourth polar bear. He lived in a climate-controlled Frozen Tundra enclosure. 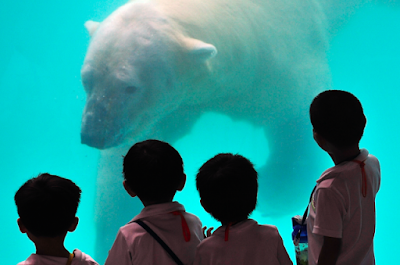 The BBC noted these points about the polar bear whose death has greatly affect many animal lovers worldwide:
Please follow and like us: